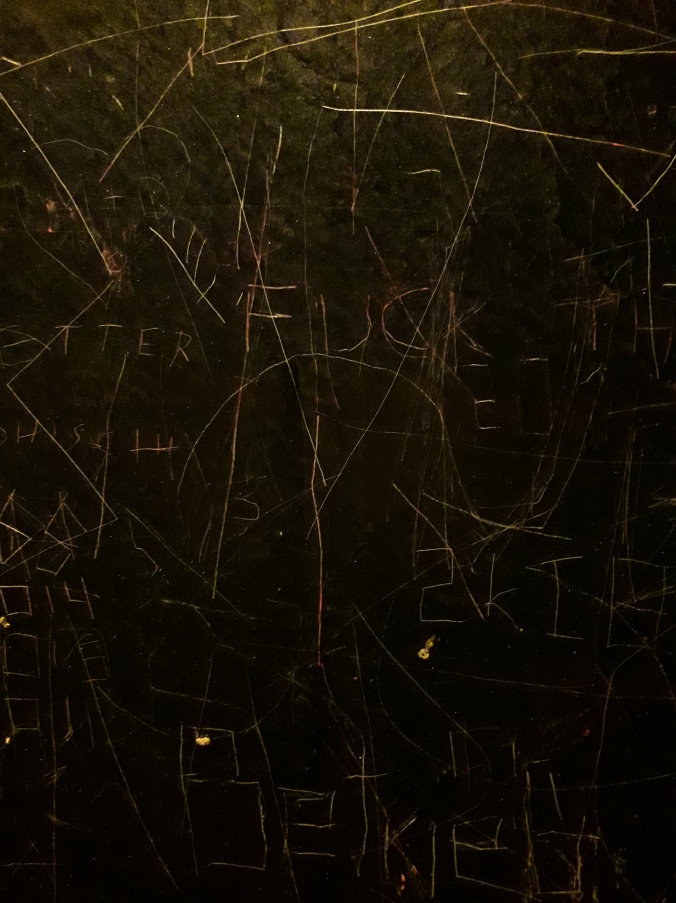 An eternally down-on-your-luck Polish-Italian New Jersey native, Bob Milktrout worked for me in the 90s as a part-time mechanic but never really had his heart into the job. He mostly just stood around smoking Marlboro lights and drinking Pepsi, lapsing into emotionally-charged stories about his high school football days, or other stories where he always seemed to come out the victim. He used to tell me he didn’t want to turn wrenches for a living. He was trying to establish himself as a remodeler of homes, but to do so he often had to borrow my tools. I let him use them for free because he worked for me, but then he quit, more or less, and still expected to get them for free, even though his having them would often cost me money because of the miles he’d put on them, or the fact that I wouldn’t be able to rent them to someone else because he was using them. Finally, after listening to several of his hard luck stories, lies and tales of persecution, we agreed that I’d rent my stuff to him for half price, but that never worked out. He racked up a tremendous bill, and it just kept growing, so I cut him off. Things got ugly after that, especially when it became apparent that he had no intention to pay me anything. I started having my alcoholic mechanic – his replacement – badger him drunkenly on the phone about the money, which infuriated him. After one call, my mechanic told me that Milktrout was so hot you could fry an egg on his skull.

He vanished for a long time after that, leaving the money unpaid and no trace of his whereabouts.

Then one day, a while back, he turned up again, like the proverbial bad penny.

It had probably been ten years since I’d last seen him and those years had not been kind to him. He used to be quite handsome. Now, his hair, though still without any gray in it, had become thin and sprouted from his head in long, disparate spikes, his eyes and cheeks had sunken into an emaciated skull and his complexion had gone bad – he looked like the after picture of Viktor Yushchenko, the Ukrainian politician who was poisoned by government agents at a dinner in 2004.

The reason he had turned up wasn’t to pay his old bill, but to pick up a bucket of driveway sealer his friend had ordered. After that, he started coming in regularly to pick up his friend’s sealer and would occasionally buy something for himself. The old bill and the old calls from my now-deceased drunken mechanic were never mentioned. Instead, he would stand around telling victim stories of an entirely new genre. In these, he wasn’t a victim of other people’s doing, but of nature herself. He had had two cancer scares in the last three years, he said. Also, he suffered from acid reflux, heartburn, migraines, ulcers, irritable bowel syndrome, low testosterone and erectile disfunction. And yet according to recent tests, his doctor told him he was the healthiest fifty-three-year-old he’d ever seen. This led me to believe there was some lying or severe hypochondria going on. It also led me to believe that the persecutors of his past were as imaginary as his physiological ones were now.

Milktrout came in the shop the other day to rent 100 feet of pressure washer hose.

I told him we didn’t normally rent hose, the reason being that it was a small, relatively inexpensive item that people would either not return, or not return for ages and expect to pay nothing for because they’d forgotten about it in their garage or some such. It was just easier not renting them, we preferred to sell them, but Milktrout somehow persuaded me to do him the favor, promising he’d bring it back on time. He didn’t of course. It was two weeks before we saw him again. He came in with the hose rolled up neatly and slung over his shoulder, but no money of course. His excuse? There were several, all of the same genre. He had been gravely ill; his girlfriend couldn’t return it for him because she had leukemia; his dad was in a Colorado hospital for something or other; and Jim, the fellow he would pick up driveway sealer for, couldn’t return it for him because he had just had an operation to remove a large hunk of flesh from the top of his skull. Skin cancer.

“You know Jim and his pale Irish skin,” said Milktrout, and made a circle with his hands to show the size of what had been taken. “They had to drill into his skull with a bit yeabig,” he said, spreading his hands about a foot apart. I envisioned a large, 4” diameter core drilling bit going into the top of the Irishman’s head. It seemed a bit much, but according to Milktrout’s way of thinking, the more extreme the story, the more valid his excuse for returning the hose late and not paying for it.

He promised to give us something when he got paid from his customer, but we knew what his promises added up to. In 20 years, nothing had changed.

“You can drive out nature with a pitchfork, she’ll come back.” ~ Horace

He set the hoses neatly on the floor and tiptoed out of the shop, knowing that we were the victims of this deal, but telling himself that he was more of one – his victimhood was on a grand and universal scale, deeper and wider and more complex than ours could ever be – and for that we owed him. It was our birthright.

3 thoughts on “The Proverbial Bad Penny”